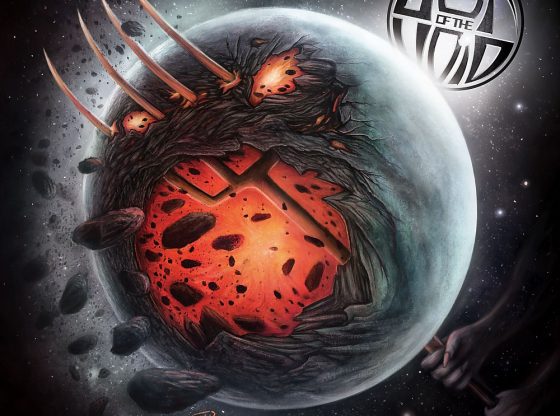 OUT OF THE VOID’s new studio album THE EARTH SCREAMS will be released June 1st, 2018 through Screaming Earth Studios. It was recorded in Chatham, Ontario Canada at the band’s private studio in 2017, with mastering performed by Metal Works Studios in early 2018.

All the artwork for this release was completed by Jake Michael Nicholson, who started working with the band in early 2017. For this release OUT OF THE VOID has kept it old school with an 8 track album that has a total running time of just over 40 minutes. This fits with the bands influence of late 70’s to mid 80’s style of heavy metal.

Each song tells a story and the writing spans a 30 year time period. Finally, the band has been able to put all the pieces together to complete and offer you this debut release. Hope you enjoy the show!

High and Standard Resolution Audio for digital formats like iTunes